Savage, MN (December 5, 2018) – JDC-Miller MotorSports returns to the IMSA WeatherTech Championship in 2019, once again fielding a two-car prototype effort with the No. 84 and No. 85 Cadillac DPi-V.Rs.

2018 IMSA standouts Stephen Simpson and Simon Trummer will co-drive the No. 84, with 2018 IMSA race winner Chris Miller returning for all endurance races in 2019.  Indy Lights standout Juan Piedrahita will complete the line-up for the 2019 Rolex 24 Hours at Daytona.

Tristan Vautier returns to JDC-Miller MotorSports full time in 2019 to race alongside 2018 Sahlen’s Six Hour winner, Misha Goikhberg in the No. 85 Cadillac DPi-V.R. Formula One legend Rubens Barrichello will join Vautier and Goikhberg at Daytona and GP3 young gun Devlin DeFrancesco returns to JDC after two strong performances with the team in 2018 to round out the Rolex 24 Hours at Daytona entry for the No. 85.  Juan Piedrahita will join the No. 85 car for the remaining endurance races at Sebring, Watkins Glen and Petit LeMans.

“We are very excited about our driver roster for the Rolex 24 and the whole season,” said JDC-Miller MotorSports team owner, John Church.  We announced our purchase of the Cadillacs in September.  We’ve been working steadily all fall to put together a stealth group of drivers to compete for race wins in 2019.  Chris, Misha, Stephen and Simon were very competitive last year.  Devlin had two great runs with us in 2018, and Juan and Tristan have raced with us in the past as they developed their driving careers.  It’s great to welcome all of them back.  Last, but certainly not least, we’re thrilled to welcome Rubens to the team.  It’s an honor for us, it’s a great opportunity for our team and we look forward to providing him with a very competitive effort.”

Barrichello will make his fifth start at the iconic 24-hour race.  He last competed at the Rolex 24 At Daytona in 2016 driving the Corvette DP for Wayne Taylor Racing. “I can’t wait! I love this race and I am very happy to return.  I know the team had a good event last year with a sixth-place finish. I am excited to work hard for a great finish and have an enjoyable weekend and give the fans a great race.”

The International cast of drivers at JDC-Miller includes natives of eight countries: Brazil (Barichello), Canada (DeFrancesco), Columbia (Piedrahita), France (Vautier), South Africa (Simpson), Switzerland (Trummer), Russia (Goikhberg) and the U.S.A. (Miller).   The stout line-up brings experience and race wins from the worlds top levels of motorsports including Formula One, IndyCar, IMSA, Stock Car and World Endurance Challenge. “I want to credit John Church for putting such a strong driver line up together across both the #84 and #85 cars, said JDC-Miller veteran Stephen Simpson.  He continued, “John runs a fantastic operation which is continuing to go from strength to strength with the goal of becoming Championship winning material.”

The team took delivery of their first Cadillac DPi-V.R just one month ago and is set to complete their first test next week at Sebring.  Misha Goikhberg commented: “I am looking forward to taking what we learned competing alongside the DPi’s the past two seasons and actually applying it in our own Cadillac DPi-V.R.  I think this year the DPi field will be even more competitive than before, and I cherish that level of competition.”

The Minnesota based JDC-Miller MotorSports has left a large footprint on the IMSA record books in short amount of time.  Stephen Simpson, Misha Goikhberg and Chris Miller won the 2016 Rolex 24 Hours at Daytona competing in the IMSA PC class with JDC-Miller.  They quickly transitioned to the top ranks of Sports Car racing in 2017, joining the prototype category and scored two second place finishes and finished fourth in the series championship in their rookie season.  Their success and growth continued in 2018, when they introduced a two-car effort and scored a victory at the Sahlen’s Six Hour with Goikhberg, Simpson and Miller and a pole at Road America with Simon Trummer and Robert Alon.  Once again, JDC-Miller MotorSports, finished fourth in the series championship, but this time against an even larger and more competitive IMSA WeatherTech Championship field. For more information, please visit: www.jdcmotorsports.com. 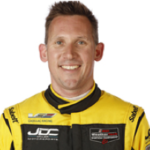 Stephen Simpson: On new teammates Simon Trummer and Juan Piedrahita: “I am very excited to have Simon as my team mate for the new season. Simon had some very strong performances in his debut season in IMSA and showed his potential. We get along very well, we have good chemistry and I am looking forward to getting to work. It will be great to have Juan join us for the Rolex 24 in the #84. I have known Juan for a handful of years and was previously his coach when he raced in Indy Lights. I know he is going to be a strong addition. Additionally, I am very happy to be continuing to share the car with Chris for the long races. Chris is quick and a great team mate. This will be our 6th season driving together in the long races, we will both miss Misha but are excited for the whole team and driver pairings.”
On the transition to the Cadillac and Michelin Tires: “Racing the Cadillac DPi is something I am very proud of. I am very much looking forward to being part of the GM family and hopefully adding to their win tally. Michelin make fantastic tires, I have no doubt lap records will be broken during the season as the tire is quicker than what we have previously used. The tire also feels different and certain setup changes that worked on the other tire might not necessarily work on the Michelin’s, so it will be a good challenge figuring them out and making the most of them.” 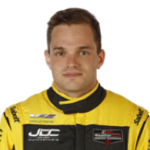 Simon Trummer: “After a great first year in IMSA and the US racing for me, I’m super excited to continue here in the United States of America again with JDC-Miller MotorSports. I love the dedication to the sport they have. Both, John Church, and John Miller are true racers, and so am I. With Stephen as my Teammate, I believe we have a very strong line up. Already during this past season, we matched very well, and could improve together our 07’s every race weekend. I would like to say thank you to John Church, John Miller, my Family and my sponsors, who believe in me and supporting me in my passion and dreams.”
On his experience with Dallara: “To be on the grid with a Cadillac dpi is such a privilege, I know the people from Dallara since a long time, as I raced Formula 2 back in the days, so all this makes me very confident that we have a competitive package together and can fight for something big.” 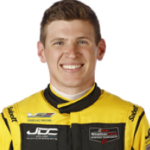 Chris Miller: On the evolution and growth of the team going into 2019: “With the Cadillac DPi-V. R we know we have a car capable of competing for wins nearly everywhere we go this season. For the team to take the next step forward, everyone felt it was important to put together driver line-ups for both cars that could win races. I don’t think we could be much happier about the group we ended up with. Continuity within the team has always been a big asset for us, so it’s great to have five of the drivers continue from last year and to also welcome back Juan and Tristan to JDC. The addition of Rubens for Daytona is also exciting and speaks to the growth and strength of the team.” 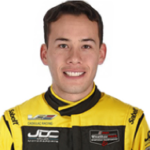 Juan Piedrahita: On his transition to Sports Cars: “I’m very excited to have the opportunity to drive the Cadillac DPi-V. R this season, it looks like an amazing car and from what I hear the feel of the car is very close to an open wheel car, so I can’t wait to go on track.”
On his return to JDC-Miller MotorSports: “When we decided to investigate the endurance races JDC-Miller was our first choice, I’ve known all the JDC guys for more than 10 years now and we shared a great time in the Road to Indy together where we were very competitive both in USF2000 and Pro Mazda. I’m very looking forward to the Daytona 24 race, the team has great line up in both cars and I’m pretty sure we can be very competitive, for me personally I look forward to learn from my team mates and help the team be in the podium.” 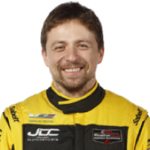 Misha Goikhberg: On his new teammate, Tristan Vautier and 2019 season: “I welcome Tristan, his talents and experiences with the Cadillac to our #85 entry, which would hopefully result in us being able to fight for wins. I am also excited to work with Rubens and Devlin, one is already an absolute legend in our sport while the other is a proven F3 driver with a bright future in racing. It’s fun to have these different perspectives during big events like the Daytona 24, as it gives us all an opportunity to learn from each other. I’d also like to thank Stephen (Simpson) and Chris (Miller) for being the best teammates over the past 4 seasons, I will miss driving alongside them, but at the same time, I know we will work together to bring JDC-Miller package forward, albeit in different cars. Thankfully the first test is soon, which means our 2019 season has already started.” 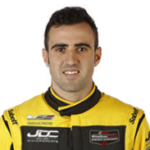 Tristan Vautier: On his return to JDC-Miller MotorSports and the team’s evolution since they last worked together in 2011: “We won the Star Mazda Championship together in 2011, which was a turning point in my career, so being re-united with the Team feels pretty special. It is funny because for the last four years, every time we would cross paths in the paddock, the two Johns (John Church and John Miller), Matthias and I would always joke about when would we be able to race together again, and now here we are. I am impressed with how many steps forward the team has been able to make since their Sports Car debut in LMPC, and really optimistic about our chances to do well.”
On bringing his experience with the Cadillac DPi-V.R to JDC-Miller MotorSports: “I raced the Cadillac last season, it’s an amazing car to drive, and I hope that my experience with it will help us get up to speed as fast as we can. I’m grateful to the Team and Misha for the trust they are putting in me, now let’s go get the job done!” 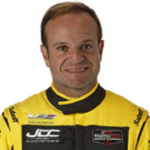 Rubens Barrichello: I am super excited to compete in the Rolex 24 again, I love this race. In fact, I love the series and I almost won the Rolex 24 once with the Taylor brothers. I know JDC-Miller had a good event last year with sixth place, so I hope we can really enjoy our weekend and give our best for the best possible position. I am really excited, and I can’t wait for it!” 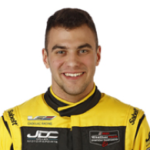